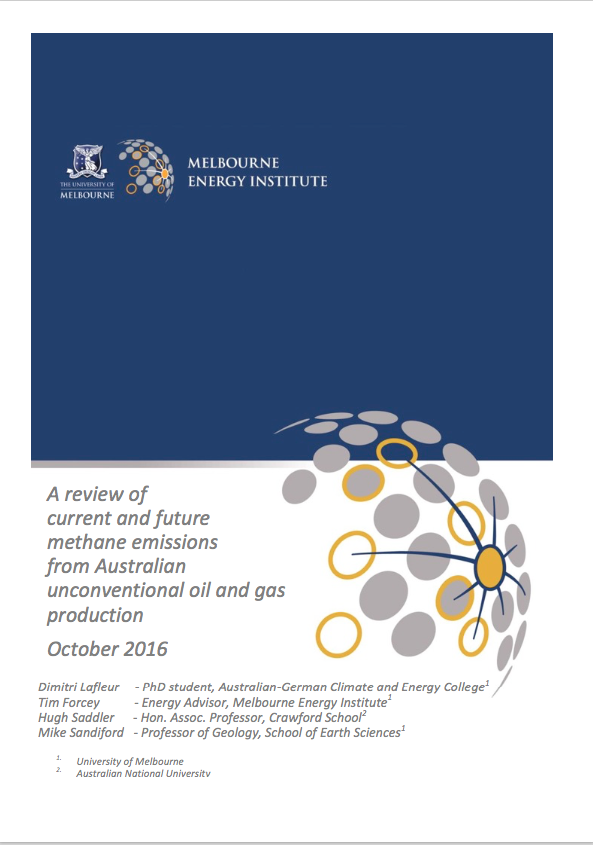 Methane is a powerful greenhouse gas, 86 times more powerful than carbon dioxide when its atmospheric warming impacts are considered over a 20-year time period, and 34 times more powerful over a 100-year time period. Reducing methane emissions is therefore an important part of any strategy to avoid dangerous climate change, as agreed by world leaders at the December 2015 Paris conference. Given the vast growth potential of unconventional oil and gas in Australia, this review addresses the current understanding of methane emissions by that industry, referencing recent developments in overseas jurisdictions. If natural gas is to provide maximum net climate benefit versus coal, the release of methane to the Earth's atmosphere (both intentional and unintentional) must be held to less than about one per cent of total gas production. In this context, the commitment of the Australian CSG-LNG industry1 to limit methane emissions to no more than 0.1% of total gas production is commendable.

Our review finds that: