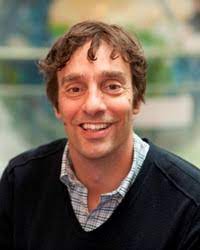 Piers is an atmospheric physicist who moved to Leeds in 2005 where he has been professor of climate physics since 2008. He is founding Director of the Priestley International Centre for Climate.  Graduating with a PhD in Meteorology from the University of Reading in 1994 he stayed in Reading, first  as a post-doc and then as a NERC advanced research fellow from 2000-2005. During this time he worked at both Monash University and the University of Colorado (Boulder) for 12-month periods.    He was awarded a Royal Society Wolfson Merit Award for 2011-2016.  He was made a Fellow of the American Geophysical Union in 2019. He is a Web of Science Clarivate Analytics highly cited researcher.

As well as his research career, he established the forest protection and research charity: the United Bank of Carbon and has a number of roles advising industry and government, including membership of the Rolls Royce Environment Advisory Board and the UK Committee on Climate Change. He has played a significant role authoring Intergovernmental Panel on Climate Change (IPCC) reports, and currently has a coordinating lead author role for the IPCC sixth assessment report.